This chapter begins with C (human name) remembering A and her stash of GETs at home and C asking about what they are. A tells C that they’re really bad. C asks why A had them if they were bad, but A distracts C’s questions by giving her cute things to play with. The day before C is told that she will be staying at someone’s house for a while, she snuck into A’s room and grabs a few GETs to show to the person she’s visiting. C has the GETs with her when she was kidnapped, and she still has the GETs with her as she pulls them out of her pocket to show A and Newman. A is surprised and a bit upset that C stole from her but is relieved because it was enough to get them out of this situation. A swallows them and transforms. Que some battle scenes of A fighting B magical girl style.

A did not defeat B, but B grew bored ( was actually tired from using too much GET power) and leaves on a helicopter. He says that he’d come back for more GETs and that he’ll be seeing Newman soon.

It is now morning. A and C are back in their neighborhood though they are packing up for a newer part of A’s town. She is sure she won’t be seeing B again until there is word on a new shipment of GETs. She is questioning if the henchmen who tied them up in Ch. 1 were associated with B, but until she finds an answer the neighborhood would be on high alert for them. A gives Newman directions out of her neighborhood, they depart, and the chapter/arc ends. 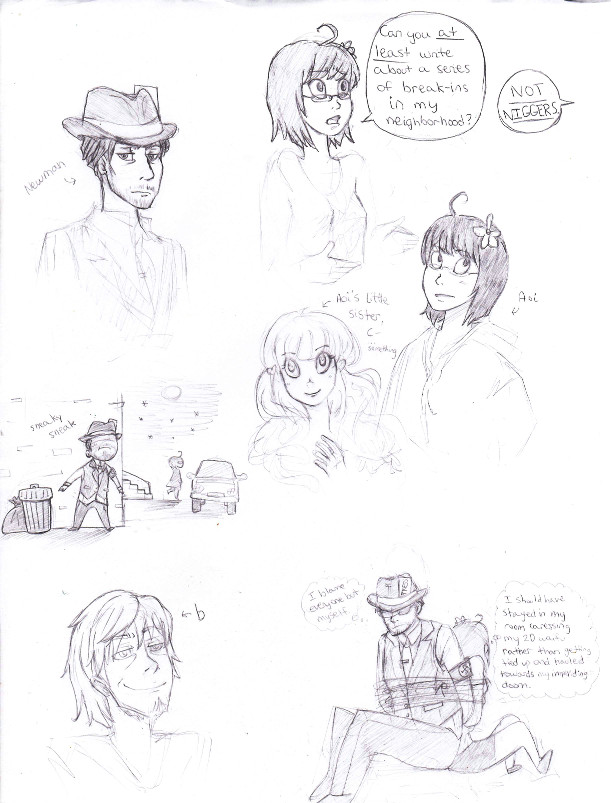 Edit: This is an old drawing. I assumed when /a/ wanted to be a little girl, it was something along the lines of “I want to be a convincing female”. Now I understand it’s just a fetish for wearing girl’s clothing and the fake boobs thing I drew is unnecessary. It’s fine for the board tan to be flat chested.

Storyboarding from scratch and other studies. View all posts by Incognito